Luxury Vinyl Tiles (LVT) is an industry term, not a standard, for vinyl planks that realistically mimics the appearance of natural materials with an added layer to improve wear and performance. The extra layer of protection is usually a heavy film covered with a UV-cured urethane that makes it scuff, stain and scratch resistant.

Vinyls & Hybrids – avoid them at all costs

While vinyl flooring continues to grow in popularity, there are several serious environmental concerns about this resilient surface material. From manufacture, through installation and use, and even after its life cycle is over, vinyl has the potential to cause harm to both the broad and your environment, in many ways.

Definition: Poly Vinyl Chloride or PVC is the technical name for the vinyl found in flooring materials.

Fact: There are 1 million tonnes of vinyl flooring which are manufactured in the world each year.

Dioxins are carcinogenic bio accumulative toxins that can persist in the environment for a prolonged period. These harmful chemicals are created during the manufacture of the Chloride in PVC. These substances pose a health risk to anyone who is exposed to them.In some cases, these toxins can persist long enough to travel several hundred miles causing harm across a broad swathe of territory. They can also infect creatures at lower levels of the food chain, which will then be consumed by higher-level animals.Other toxins produced during the manufacture of the chlorine in PVC include ethylene dichloride and vinyl chloride. All of these substances can cause serious harm to the environment and the people living in the area surrounding these manufacturing plants.

Phthalates: Some vinyl is hard, but most flooring vinyl is relatively soft and yielding. This characteristic is achieved by the addition of phthalates to the material mix when the PVC is being manufactured. These are toxic substances, and they have been linked to reproductive and respiratory health problems in people who have prolonged exposure to them.

While there is a lot of information supporting the fact that the production of vinyl flooring is harmful to the environment, the manufacturers of these products also make several claims which serve to put these factors into perspective. Dioxin, the most harmful toxin created during the manufacturing process, is also produced at any time any organic material is incinerated. The largest producer of dioxins in the world is forest fires and volcanic eruptions. These natural occurrences dwarf the level of Dioxin produced by flooring producers, which amounts to a handful of grams each year.According to several studies, the level of Dioxins in the environment have declined over the last 40 years, despite a dramatic increase in the level of vinyl flooring production.

In the 1970s, doctors began to notice that certain workers employed in the manufacture of Vinyl Chloride monomers, an important sub-element in the manufacture of PVC, were suffering from unusually high levels of a specific type of cancer. Because of this research regulations were passed to improve the safety of workers involved in these processes.

Today PVC is manufactured in what is known as a closed-loop system. That means that worker exposure to the substances used in the production of PVC is at a minimum at every point along the production line. These changes in the industry have resulted in no reported cases of cancer caused by exposure to those monomers since their enactment.

The chlorine in PVC not only poses an environmental threat during its manufacture, but it is also a bio-hazard that can be exploited by terrorists. Because it is highly volatile, and toxic, warehouses storing these substances have been identified by the United States air force as a potential target for terrorist attacks. Such an attack could spread this poison material for miles across the environment.

Materials and Energy Use In Vinyl Production

The main ingredient used in the manufacture of vinyl is petroleum, a non-renewable resource. However, the amount of petroleum used in the production of vinyl is less than used in most plastics.

VOC’s: Because of the materials used in its manufacture, vinyl will sometimes emit various levels of Volatile Organic Chemicals, or VOC’s into the air for a period after initial installation. These toxic substances are harmful to the air quality of the immediate environment and can cause respiratory problems over time.

The level of VOC’s released will be determined by the quality of the material and the amount of time that has passed since installation. You can offset these effects for the most part by making sure that you purchase from a qualified material source, and then make sure that space is well ventilated for several days or even weeks after the installation.

Adhesives: There have been several problems with the adhesives used to install the vinyl tile. This includes the presence of asbestos, as well as chemicals which can lead to the emission of VOC’s after installation. Thankfully many of these problems have been solved with modern adhesive mixes; however, you should read all labels and installation instructions carefully to ensure that you don’t expose yourself to health risks.

Durability: If properly installed and cared for, installation of vinyl flooring can last for 10-20 years, far longer than most carpet and other soft surface solutions. This saves on the waste and environmental impact of removing, disposing of, and replacing your floors for decades at a time.

At the same time, vinyl floors cannot be refinished. That means that once the material has been damaged, it needs to be removed and replaced. With tile floors, this is a relatively easy process, and single tiles can be removed without much effort or mess. However, with a sheet, the only way to repair the floor will be to remove a section of it. Further, once the entire surface of the floor has worn down the material will be useless, and will have to be completely replaced.

Fire hazards: If a fire breaks out and the vinyl in your floor catches flame, it will begin to emit noxious fumes which will fill the air with harmful toxins including dioxins. This is true whether a large scale fire breaks out, or just a small portion of the floor is burnt by accidentally dropping something.

Waste: The durability of vinyl is a liability when it comes to disposing of this material. It is not biodegradable, and when it is sent to a waste facility it generally just sits there, taking up space for years. In some cases vinyl materials can be used as liners for garbage dumps, allowing them to contain waste materials that might otherwise spill out beyond their defined perimeters. Recyclability: It is nearly impossible to recycle most vinyl materials. That is because the recycling process requires you to have a consistent level of various substances throughout the material makeup of the vinyl. Unfortunately, different types of vinyl have different chemical compositions, often making them incompatible. This is compounded by the adhesives which are usually stuck to the vinyl when old floors are lifted from underlayment layers. In some cases, manufacturers are getting around this issue by using lower quality recycled vinyl materials as filler underneath the surface layer. These layers don’t get exposed to foot traffic or spills and therefore do not require the chemical consistency that top layers need.

Vinyl & Hybrid Floors create an enormous amount of static charge. When one walks on one of these floors they generate electricity which causes unpleasant zaps when touching door handles. It also causes your hair to frizz.

Price Point – the retail price that a 4-5mm lvt or vinyl plank allows a far more sustainable option.  Laminate floors are 99% wood as opposed to 100% plastic. Try and keep them contained to EU producers for they contain far less Urea Formaldehyde and look far more realistic. Also ask us for deleted specials on 100% for we can almost certainly find you a genuine wood alternative if you’re flexible with colour. 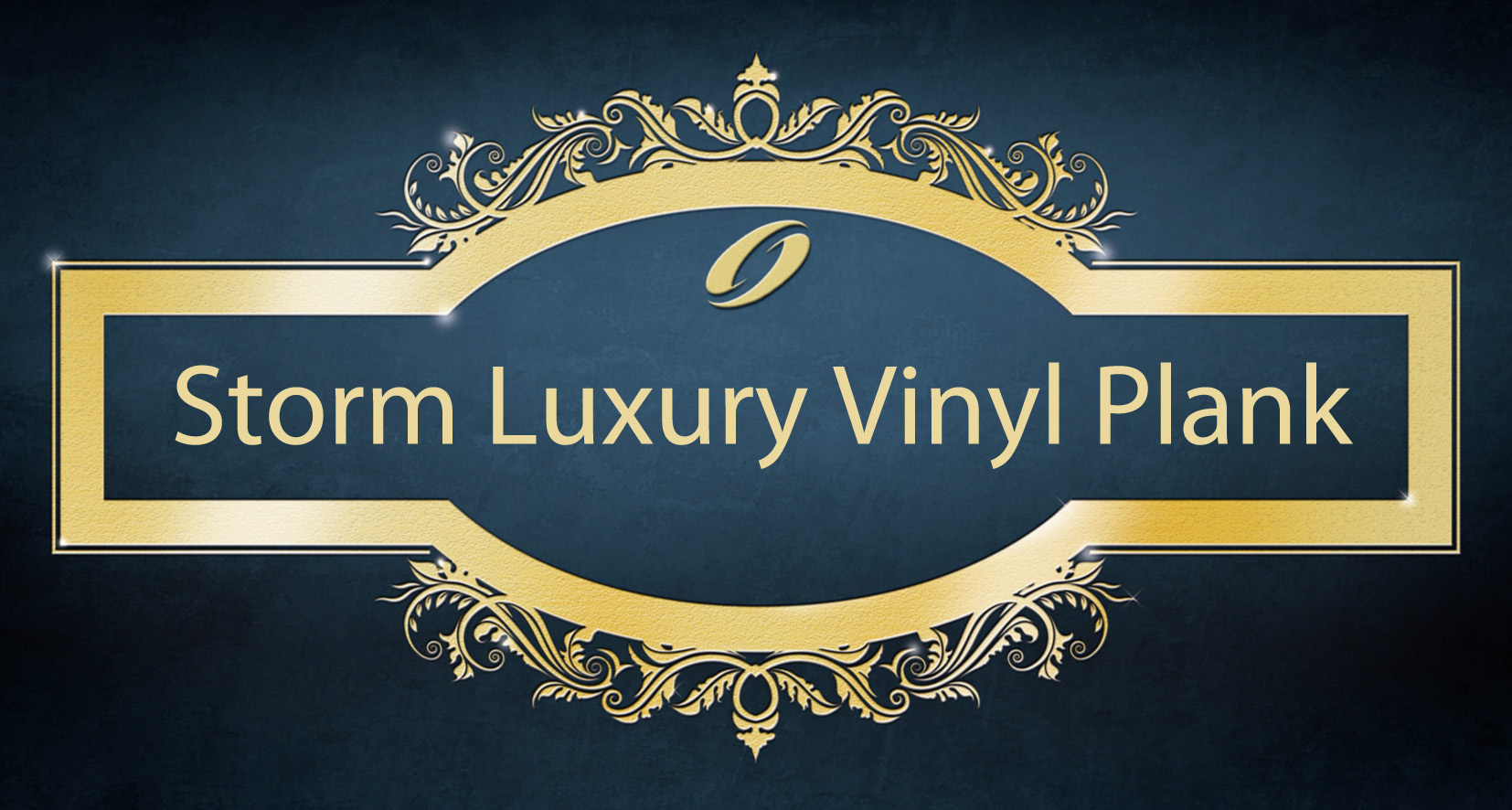 We will help you decide on the best floor for your project, whether it be for your home, an investment or a commercial application. Residential flooring is our specialty.

We have the most extensive selection of hardwood floors, & we can customize the perfect floor for your application.

Hardwood floors are commercially rated and highly suitable for a variety of uses including specialty flooring for airports to gyms and every commercial application in between.

For over four decades, we have been supplying Australia's leading developers with flooring for their award winning projects.

GET A PRICE TODAY!

Prices quoted are for the supply of the flooring materials.
All prices INCLUDE GST.